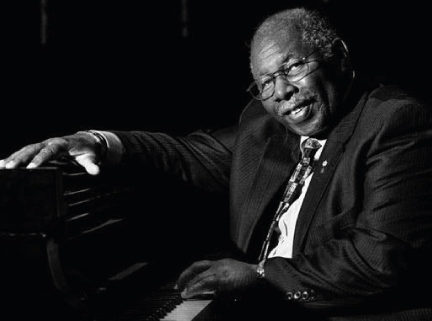 It seems appropriate to dedicate this article to Oliver Jones, as he recently performed in Little Burgundy at the renaming of Sainte-Cunegonde Social Centre, into the Oliver-Jones Centre. The renaming was to honour a talented and renowned musician; however, the honour was also due to his dedication and commitment to his hometown, Little Burgundy. Oliver Jones has led a very amazing life, from his childhood as a prodigy, to his performing and recording points in his career, to the growing fame and subsequent world tours, and to his recent retirement. However, throughout all of these milestones, Jones has stayed true to his roots and remained a prominent influential figure in his community.

Born on September 11, 1934, in Little Burgundy, Montreal, to Barbadian parents, Jones had an early affinity for music. Considered a child prodigy, Jones was playing the piano in the Union United Church at the age of five, and playing in Café St-Michel at the age of nine. He later went on to play at clubs, one of which was the famous Rockhead’s Paradise. During his childhood Jones was tutored in classical piano by Madame Bonner, and later by Daisy Peterson Sweeney, the sister of Oscar Peterson. Jones later went on to tour the United States with a show called the Bandwagon. (Ware & Gagnon, 2016)

Jones worked in Montreal until approximately 1963, until he moved to Puerto Rico with his family to become the music director for the Kenny Hamilton Show Band. Jones returned to Montreal in 1980 and began to collaborate with Charles Biddle. They performed around Montreal, in bars and clubs, before opening a club of their own, the Biddle’s Jazz and Ribs, now called the House of Jazz, for which Jones was the in-house pianist. In 1985 Jones and Biddle recorded an album that caught the interest of Jim West, a record producer for the Jazz label, Justin Time. Jones, in a trio with Biddle and Bernard Primeau, recorded numerous songs. However, as Jones’ solo career took off, he was unable to devote his time to Biddle’s club. He played in Jazz festivals, went on tour around the world, and recorded over 15 albums. (Ware & Gagnon, 2016)

Jones also taught at Laurentian University, in 1987, and McGill University, in 1988, until his retirement in 1995. He was given many honours and awards, such as the PROCAN award, for his contributions to the world of Jazz, the Oscar Peterson Award, the Golden Ducat, Knight of the Ordre national du Québec, Officer of the Order of Canada, Governor General’s Performing Arts Award, and the Martin Luther King Jr. Award, for his contributions to the Black community in Canada, especially Montreal. Jones announced his retirement, originally, in 2000. He decided to continue touring in 2002 and continued with his music career until 2016, where, at the tenth annual International Jazz Festival, he announced his retirement due to health issues. Jones hoped that there would be young Jazz musicians to pick up the torch after him. (Ware & Gagnon, 2016)

One such young musician, who was inspired and supported by Jones, is the seventeen year old Montrealer, Daniel Clarke Bouchard. This young piano prodigy credits Jones as being his mentor and says that “It’s really changed [his] whole career, being able to be around [Jones] and have [his] career progress with his watchful eye.” (CBC News) Jones has made an impact on many young musicians from the Montreal Black Community. In fact, at his performance this past month, at the renaming of the Sainte-Cunegonde Social Centre, Jones gave a speech in which he declared he was “passing the baton to the next generations.” (CBC News) He also used this speech to give hope to the children who come from less influential homes and neighbourhoods. He uses himself as an example that, if you work hard enough, it does not matter which walk of life you come from. (CBC News) 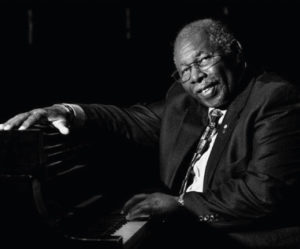