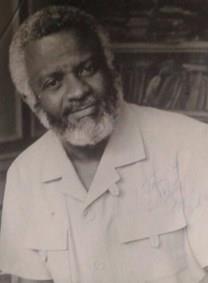 The Black Community of Montreal has recently (November 2017) lost a leader that played a key role in the settlement of the large influx of Black immigrants to Montreal in the period 1960 to 2000. Carl (Lamumba) Whittaker. He was one of those immigrants that came to Montreal from Barbados, W.I., in 1966, to study at Sir George William University. It was a time of major social and political change in the former British colonies, and in North America. The emergence of Black organizations in Montreal, during the sixties through to the mid-nineties, follows a logical process, which I have described elsewhere, using patterns of simulated behaviours by intelligent and cultural agents in complex adaptive social systems. Human systems can be described using models of complex adaptive systems where the interactions between all existing and possible agents that make up the system are often random and so large that the outcomes are unpredictable. Making decisions about the best response to rapid change in the total environment is like taking a random walk in space. The psycho-social and economic environment can become so volatile that life gets stuck at the survival level of human existence. The role of leaders (the social entrepreneur) in such a system is to search for ways to ensure the sustenance of the community and improve the well-being (objective and subjective) of its members. My research shows that Blacks in Montreal, over the period 1960-2000, took significant action to achieve this objective. They created an impressive number of agencies aimed at providing services that informed the newcomers about workings and living in Montreal, entertainment, social activities, accommodation and essential services, health, education and employment possibilities, rights and freedoms, and about Canadian culture, customs and traditions. The research shows that several of these organizations were of a cultural and political nature and specialized in creating new social and cultural spaces, greater opportunity for full participation and improvement in the wellbeing of the members of the communities they served. One of the serious barriers to the growth and improvement in the wellbeing of the populations of African ancestry seem to stem from the fact that the community racialized as not-White were fragmented into a multiplicity of subcultures associated with and having their origins in many countries in Africa, the Caribbean, and other parts of the world. Moreover, notwithstanding their racial identity in Canada as Black (of African descent), these cultures were essentially closed to each other, social and cultural distance, and histories of colonial capitalism, and neo-liberalist capitalism and administration.

The simulations of human social systems, using complex adaptive systems theory, show that the greater the fragmentation (greater the number of closed cultural sub-groups) the smaller the objective and subjective wellbeing enjoyed by the members of the larger group. In the seventies and eighties, the leaders of the new Black immigrant groups in Montreal, Quebec, recognized this problem and moved aggressively to create alliances and coalitions. One group lead by Clarence Bayne, Winston Nicholls, Carl Taylor, George Richardson and Ivan Morrison, a former founding President of the Jamaica Association, moved to create a federation of Caribbean associations. This lead to the creation of the Caribbean House (1964) by Black residents and students at Sir George William and Mc Gill Universities. At the national level Clarence Bayne and Dorothy Wills, in collaboration with leadership from across the country, moved to create the first ever national federation of Black organizations called the National Black Coalition of Canada (https://bscportal.files.wordpress.com/2015/08/expression-special-conference-1968-papers.pdf). At the same time (1968-1972), Carl Whittaker was convincing local leadership to support his concept of “Communology development” which used a version of Pan-Africanism as the unifying principle. This cut across gender, country of origin, religion and ideology, focusing on Africanness in the Canadian context as the only criterion for membership. Organizational membership was only open to groups that served the Black community independent of gender, place of birth, religion, ideology. He became the leading voice in the creation of the Black Community Council of Quebec (BCCQ) with its regional outreach associations and a number of Black specialist organizations that predated its existence. There were 10 key organizations involved, with outreach associations in La Salle, Laval, the West Island, the South Shore, Cote des Neiges and NDG. Its activities touched on every aspect of Black cultural, psycho-social, economic, and political life. BCCQ constituted the voice of the Black community on matters that had to do with Blacks as a community in the Canadian and Quebec societies, especially the English speaking Black community. This movement lasted for approximately twenty five years from 1970 to 1995.

At Canada’s 150th and Montreal 375th, we pose the question: What has been accomplished? Before we address this question, let me take you back to 1982, and an interview of Carl Whittaker, carried out by Cecil Roach, the then Managing Editor of the BCCQ magazine, Umoja (https://bscportal.files.wordpress.com/2016/02/focus_vol1_no1.pdf.). In this interview they address the question of the status of the Black Community in the Canadian and Quebec Societies.

FOCUS:
[Carl], You have been intricately involved in many of the organizational efforts in the Black Community. What are some of the things that you would like to see Black people achieve in this society?

Mr. Whittaker:
Well…look, the history of the Black people goes back to the so-called founding peoples…to the first journey of Samuel de Champlain. In fact, the pilot and interpreter for Champlain was a man called Mathew Da Costa, a Black Man. Therefore, our history goes back into the very early period of Canadian history. However, if you look across Canada, you see no evidence of this presence. There are no Black institutions, there is no recognition of the fact that Black people were among the builders of the Canadian Nation. We have been deliberately excluded from the Canadian process, socially, politically and economically. One then begins to wonder what happened to Blacks who were part of the Canadian process. There are no institutions around that can mark with pride this tradition of our involvement in the growth and building of Canada. I react very vehemently to this. I assess it as being the ultimate effect of the racism that is inherent in White Canadian society. They deliberately write a whole people out of the Canadian nation-building process, out of history; to the extent that what is known is from the work of Black scholars deliberately digging around the archives and reconstructing the role that Black people played. It is as if we are a people like foot-steps on the sand just before a wave comes in and washes away the last evidence that somebody did walk there. We are a people without a presence, without an accumulated tradition within the Canadian process. Now, how do you establish that presence? We establish the presence by building institutions within the community that live on beyond the individual. My approach to community development is primarily institution building. Institutions that mark the presence of Black people in Canadian Society. Institutions that provide the services that are necessary for every human being to grow and to actualize whatever potential that individual has through life. I am not as pre-occupied with issue-organizing as I am with institutional development. Therefore, you hear me constantly say, “look, what we have to do is to create an organizational structure that present a representative infra-structure to the Black Community; one that is there whether Carl Whittaker is there or anyone else. It’s an institution that will last forever”.

That was Carl in 1982. Today in Quebec, under the clouds of French denial and neo-liberal betrayal, represented by the “notwithstanding clause”, Blacks are still excluded from the history of Quebec, ignored at the 375th   and reduced to an afterthought in some Borough events. They are still at the lower end of John Porter’s vertical Mosaic. We are still waiting for an apology and hoping to see a tear drop from the young Justin Trudeau’s eye that captures the pain that systemic discrimination, racism, racial profiling, and systemic exclusion have caused Blacks in Quebec and Canada.

Today, in the Back Communities of Montreal, there seems to be a prevailing opinion that, while there is significant evidence that many Blacks have benefited and have distinguished themselves as individuals, that, as a people of African ancestry, we have not accomplished much. On the angry side of the equation, there are those that say that the few have profited by the struggle of many but have given back nothing. They suffer the illusion that they are where they are entirely on account of their own work ethic and industry. On the other side of the equation there are those that argue that the social and political system is set up so that the country remains firmly under the control of a duality, the French settler classes and the English settler classes, and within those two groups all other sub-cultures and ethnicities are represented in scaled preferences, determined by constitutionalized and social systems of inclusion and exclusion. Predictably, as sub-cultures on the lower level of the totem of mosaic ethnicities, Blacks tend to show less development and less representation at all levels of the society as a cultural sub-group. There are many factors accounting for this. One is persistent race and cultural superiority traditions and beliefs still held and active in the conscious and subconscious psyches of the two settler groups; and another is denial of the existence of systemic and embedded racial discrimination in the social and economic arrangements of the society. In Quebec, the far right and the nationalist left are located between these two states. Unfortunately, the positions of most governments seem to be determined by the tug and pull between these two vectors. As I stated in an article in Community Contact, it should be no surprise that the enquiry on systemic discrimination and racism in Quebec is cancelled. Some members of Quebec’s La Muete will tell you that they are not racists, that there is no systemic racism in Quebec, and that such claims constitute a blackmail by people who have no respect for freedom of speech or have no logical explanation of their demands. They pronounce multiculturalism a failed experiment that has no future. This is the argument of a type of Darwinism based on fascist logic: there shall be in the end only one superior race. If I were to have to bet on the ultimate superior survivor race, I would not bet on La Muete. World relative rates of reproduction do not favour them. In fact, multiculturalism is favourable to their long term survival as a people on the world scale. The Black struggle in Quebec continues through the Black Community Forum. It has adopted the principles of organizational “collaborative unity and existential responsibility”. It is committed to the building and strengthening of Black institutions and creating effective communication networks as the way forward.

Opinion: Righteous Outrage Over Racism Is Now More Important Than Ever In Q...
Scroll to top