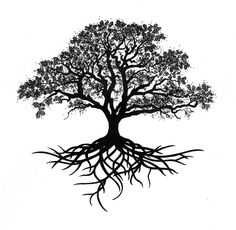 Hello, my name is Adanne and this is my story of following my roots. It all began when we decided to clean out the attic one rainy day. While cleaning we came across an old trunk that belonged to my great-grandmother.

Candomble, also called “dance in honour of the gods,” originated from African religions of the Yoruba, Fon and Bantu regions. However, Candomble also has a strong connection with Catholicism and is considered a syncretic religion because it incorporates various beliefs from different religions, including Islam (http://www.religionfacts.com/candomble). The Candomble worshipers believe that there is one almighty god, named Oludumaré, and various other lesser gods, called Orixas, who act as middlemen between the head god and the people, since people cannot communicate with Oludumaré directly. Each worshiper believes that they have a personal Orixas, who acts as their protector and controls their destiny. This is important since, according to the Candomble beliefs, there is no duality of good and bad; each person must simply fulfil their destiny. However, this is not a carte blanche, any evil you do to another will come back to you eventually.

Believers of Candomble practice their beliefs through dance. These carefully structured dances allow the believer to be possessed by the Orixas. Some of these Orixas’ are ancestor spirits, called Baba Egum, who regulate the community’s moral code through public demonstration during possession. The priests and priestess’s also masquerade as these spirits during important ceremonies.

During the slave trade slave owners and Church leaders felt it imperative to convert the African slaves to Christianity. It was because of this that they outlawed traditional African beliefs, and later Candomble, up until the 1970’s. As a way to keep their traditional beliefs the slaves outwardly practiced Christianity. However, they still met in secret to practice their beliefs and on special religious days. They hid their practices and symbols within the Christian faith, especially in connection with the Christian saints, which resembled their own Orixas. Many people now practice Candomble in the open as a way to reclaim their culture and history (http://www.bbc.co.uk/religion/religions/candomble/).

This was not so for my great-grandmother’s sister, who had to practice her religion in secret all of her life. It was through her letters that we learned of her struggle and dedication. This was why I was so interested in learning about this part of my family history and following my roots back to Brazil.

Please write us about your personal experiences with following your roots! Looking back at personal history allows a community to better understand their own history as a whole. It is through looking at these individual pieces that we begin to see the entire puzzle.

One such experience will be featured in Semaji every issue. Send any articles to ashlie.bienvenu90@gmail.com. We hope you decide to share your piece of the puzzle with the community. Thank you!