By Dorothy Wills; Edited by John Harewood and Ashlie Bienvenu

It was in the late sixties that I had the distinct pleasure of meeting Dr. Howard McCurdy for the first time. Shortly thereafter, I also had the pleasure of becoming his “Executive Secretary”. 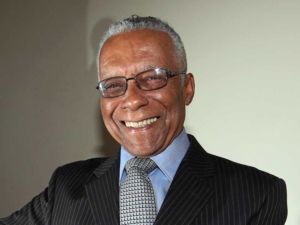 Here is how it happened:

Historically, The Caribbean Students and Black Professors, at Sir George Williams University, held an annual conference during which they discussed various problems in existence in the Caribbean islands. The deliberations took a different tone when absentee Caribbean Nationals sought to find solutions for such problems. However, in truth, and in fact, they had not visited the Caribbean for several years, and right here in Canada, Black People were facing a multiplicity of problems, which the same absentee Caribbean Nationals seemed to ignore. As an outgrowth of the discussions, finally realizing the impossibility of problem solving by remote control, we founded an organization which came to be known as “The Canadian Conference Committee of Black Organizations” (Triple C) with the mission of addressing particularly housing and employment, critical issues for Blacks.

In setting up this new organization, we endeavored to reach out to all existing Black Organizations across Canada. In the process, my husband, who had been a post-graduate student at the University of Windsor, told me about this Outstanding Black Professor in the Department of Biology at the same institution. We invited him to be the keynote speaker at our conference, and within minutes of the delivery of his speech, he became The National Chairperson of 46 Black Organizations across the country which formed our Triple C (The Canadian Conference Committee of Black Organizations.)

Under Dr. McCurdy’s Leadership, the organization thrived. For our first big challenge, we successfully advocated that the law be repealed, in the issue where Nova Scotia refused to bury a Black baby in the cemetery alongside Whites. The event was highlighted on the National news and came to Howard’s attention. He called me and said: “We have to do something about this immediately. Send telegrams to all the Black organizations asking them to write to the Premier of Nova Scotia about the situation; tell them to send telegrams; writing will take too long, and tell them what to write in the telegram–tell them this is an urgent matter.” Within one week of this campaign, as Executive Secretary, I received a telegram which was read to me by CN/CP telecommunications as follows:

“I have given myself sufficient Provincial authority to repeal this and any such existing legislation from the Statue Books of Nova Scotia.

Buoyed with the enthusiasm of our first victory, we learned that the Canadian Council of Churches was meeting in Toronto. Howard invited New Brunswick Vice-president, Joe Drummond, to accompany him to the meeting. Their presentation to the Council of Churches resulted in a three thousand dollar grant to the organization to fight racism in housing and employment in Canada. The grant was a windfall because we had been operating out of our very own pockets. We even elected a Treasurer!!

At our first annual meeting of the Triple C, a number of groups arrived and sought to split the organization. Without missing a beat, Howard declared the Canadian Conference Committee of Black Organization adjourned, Sine Die and introduced a New organization: The National Black Coalition of Canada. The vast majority of the Black organizations continued with the NBCC and the newly formed organization established roots with Vice Presidents in Nova Scotia, New Brunswick, Quebec, Ontario, Manitoba, Alberta and British Columbia. The new National body was incorporated, its aims and objectives set out in the constitution.

Shortly after its incorporation, at 1.00a.m one morning, I received a call from Howard which went like this:

“I want you to go to British Columbia–they seem to be having some problems between the Native born Blacks and the West Indian born Blacks, in the BC/NAACP organization. Go there and tell them to get serious–all Black People face the same problems regardless of where we were born”.

I went to British Columbia and did as I was told. We resolved the issues.

And soon we had to tackle yet another case. Two Black Civil servants in Ottawa reported some discriminatory practices in their workplace. Howard and his uncle George McCurdy, represented them on behalf of the NBCC and the matter was resolved to the satisfaction of everyone concerned. Howard was that kind of “hands-on”, “Mr. Fix it”, dedicated to the improvement of the condition of Black people in Canada.

He served more than one term as the President of the National Black Coalition of Canada.

He was well-respected by everyone within the organization, as well by the larger Canadian Community.

Under his leadership, the organization thrived: receiving government grants for the work it performed, which, among other initiatives, included a monthly Newsletter and the selection of a Canadian delegation for participation in the Second World Black & African Festival of Arts and Culture in Lagos, Nigeria. (FESTAC 1977 ).

His passing leaves a void on the Canadian Landscape. His academic brilliance, his vivacious personality, his commitment to excellence in all that he did, his demands of excellence from others whom he thought capable, and his quest for equality of opportunity for his people will never be forgotten.

Well done, thou good and faithful servant. May eternal rest be granted unto you, now that your work on earth is completed.